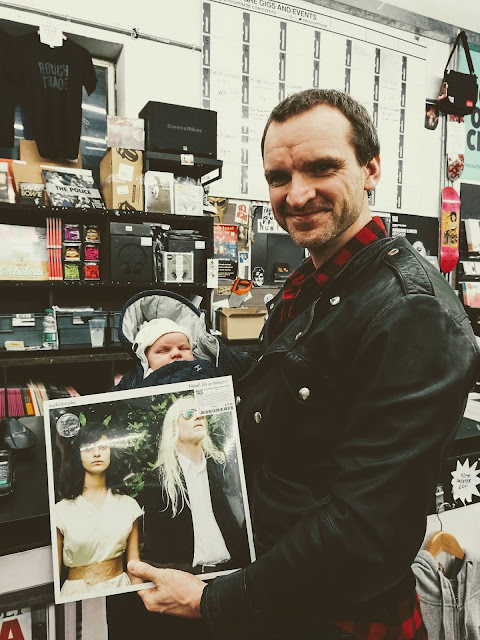 One of the first things I wanted to do was take MC down to Rough Trade East and buy her the Album of the Month for the month she was born.

MC was due on 27 October. TP and I were delighted that the album of the RT album of the month for October was Adrianne Lenker - Abysskiss as Big Thief are one of Tash's favourite bands and we'd seen them at Koko pretty recently.

Also on that list were Christine & the Queens and Phosphorescent, two other artists that TP in particular is keen on.

We thought the stars were aligned and that our amazingly cool kid would be bobbing her head to some hipster tunes, drinking her babyccino wearing her flannel babygrow...

And then, the due date came and went, no baby.

31 October came and went, no baby.

We were now in uncharted territory: MC was due any second and we had the surprise of not knowing which record (on vinyl - obvs.) we would be carting off in a Rough Trade tote bag.

Well... the Rough Trade November Album of the Month turned out to be this - Audiobooks - Now! (in  a minute).

I think its fair to say this is not a record that TP or I would would have purchased under normal circumstances. But I'm not a music blogger and maybe I'm just missing something; in 18 years' time MC will bossing it with her mates when she tells them she's got Audiobooks on original vinyl.

Besides, any album containing a song with the following lyric deserves a listen:

All of his children
He's got seventeen
And they don't like science
They only took up P.E.