Ever taken a long haul flight and sat next to a baby? Well, imagine being the guys with the baby! 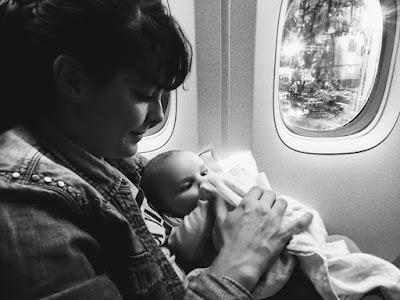 TP and I had taken the decision to take MC, for her first flight at 4 months old, to Cape Town to see a good friend of mine. 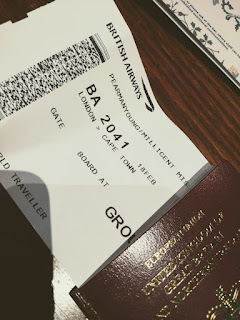 Now, in pre-baby circumstances, I actually enjoyed a long haul flight: a bad film, some jazz in the earphones with a red wine in the sleepy cabin... I was pretty sure the experience this time around was going to be a whole lot different!

Our journey to Gatwick was relatively smooth on the Gatwick Express from Blackfriars; we even had time to treat MC to her first Wetherspoons (the Airport Lounge - for which I pestered TP into getting an Amex Gold Card for months, was full 😔): 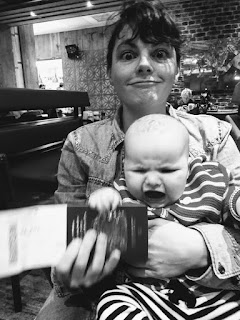 *
*Not sure MC was a huge fan of the Wetherspoons burger & a beer deal?!

Taking a leaf out Amal & George Clooney's book, we too were planning on being super-cool and considerate parents - though as our budget is somewhat more limited than the Clooneys', rather than some fancy noise cancelling headphones, I'd bought a multi-pack of foam ear plugs to dish out to those unfortunate passengers around us! 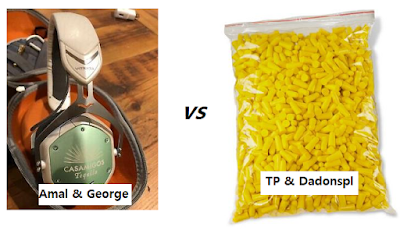 However, when we boarded the plane, MC was already giving her lungs a good work out screaming the the place down - I looked out longingly into the cabin for looks of reassurance from my fellow passengers - they were avoiding eye contact with me at all costs so I'm not sure my foam ear plugs were gonna cut the mustard in breaking the ice; the ear plugs stayed in the bag 😕.

The great thing was however, you're lumped together with a load of other parents on the same row with the bassinet seats - we learned throughout the flight that each parent has their turn of dealing with a screaming child and there's a few comradely glances and nods being exchanged!

Anyway - after a shakey start the lights went down after tea and MC took to her bassinet like a duck to water and... drum roll... SLEPT FOR 6 HOURS STRAIGHT! 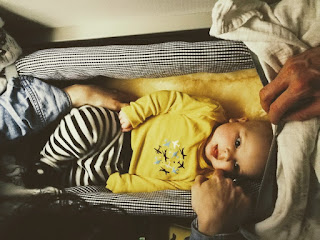 OMG! - this is the longest she had ever slept in one go #nailedit. I got nail some of British Airways' finest Shiraz and listen to some jazz afterall!

We were rewarded with a beautiful sunset, some breakfast and we arrived in Cape Town without too many further issues. 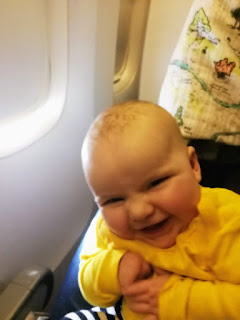 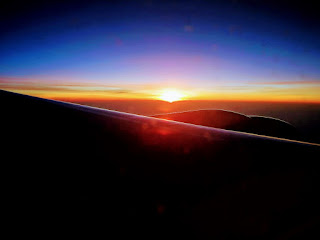 We made it! There's a world out there folks - don't let your baby stop you exploring it! 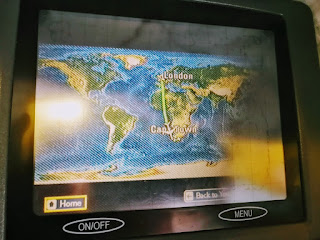