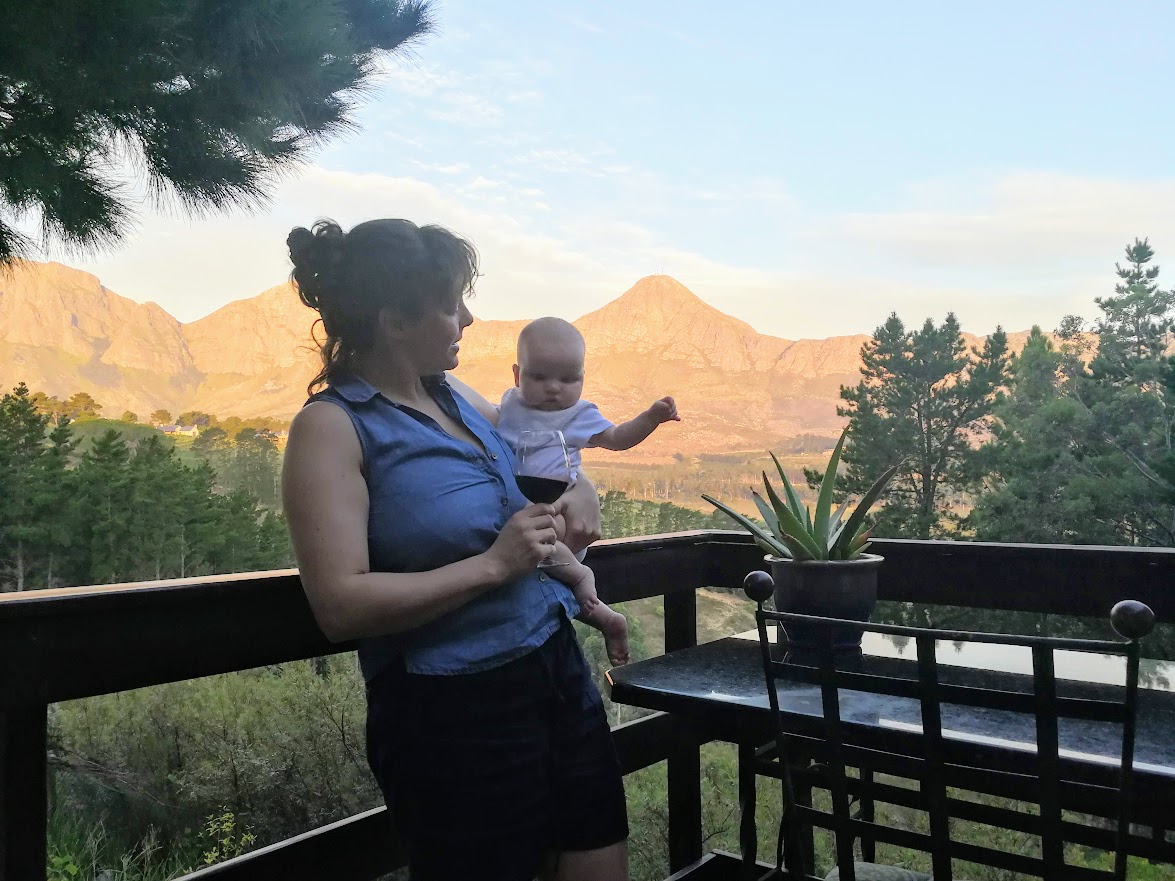 After successfully completing our 12 hour flight we hired a car and headed to Stellenbosch (about an hour drive) for a few days of wine and chilling.

First order of the day was a quick bath to freshen up after the flight (improvisation required!): 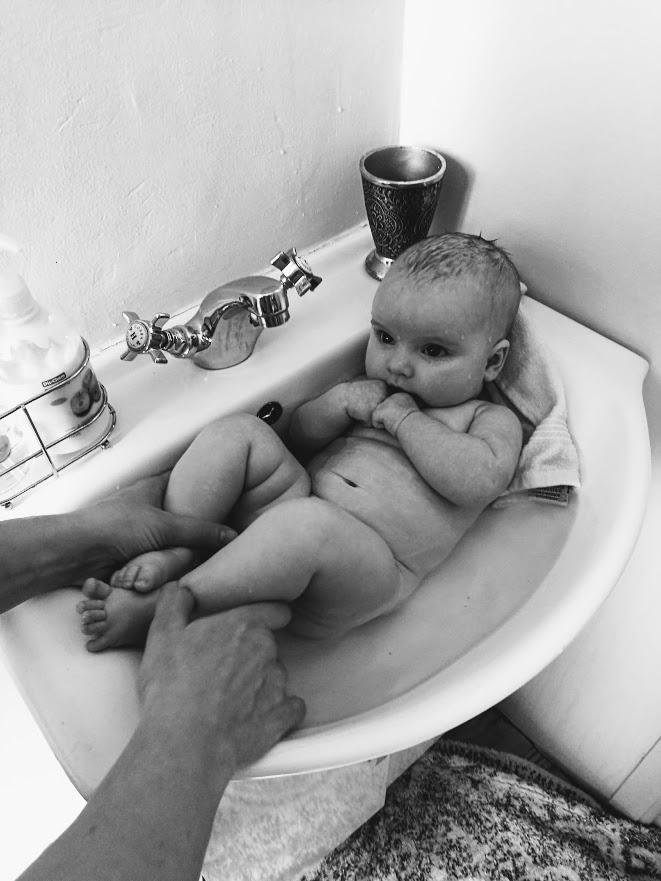 Then, a quick run to the supermarket to get some supplies - very cool trolley/buggy available for parents: 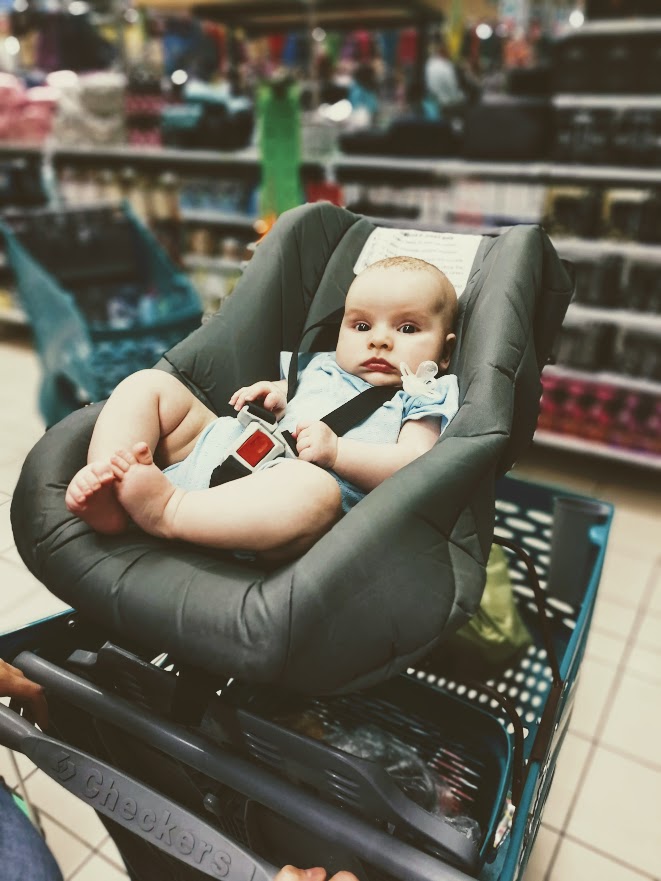 We then did very little than enjoy the view, cook up the braai and enjoy some local produce (i.e. wine!) from the farm upon which we were staying - in fact - we enjoyed quite a lot of local produce!

Quickly realising that the frantic travelling days of all action by day and boozing by night were consigned to my earlier globetrotting exploits, we basically did little more than walk around the wine farm and go for a little paddle with MC.

Being February, it was the tail end of the South African summer - it was pretty hot and MC voiced her opinion about doing anything resembling a long trek! 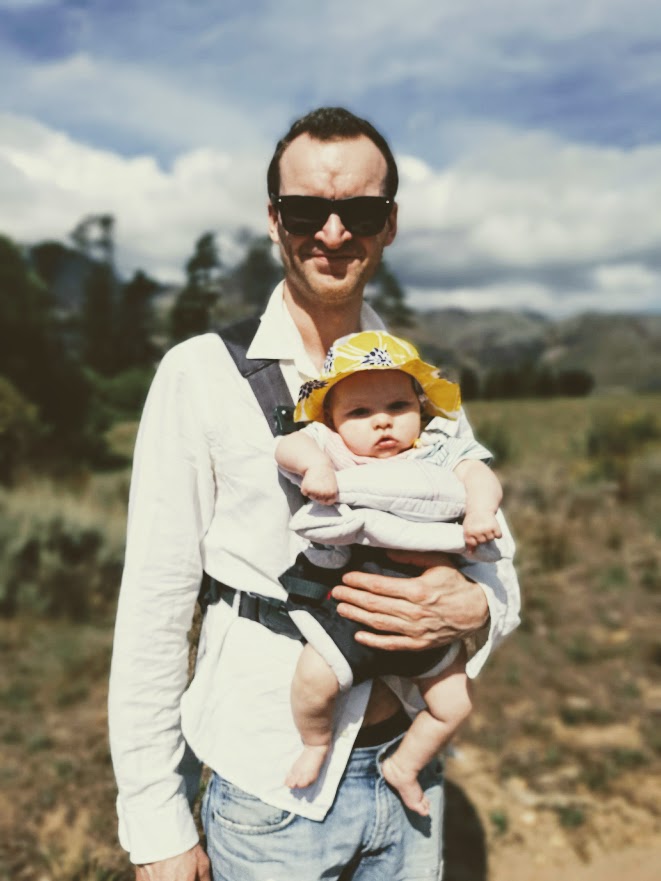 We headed down to a rather deserted beach at Kogel Bay which was a windy and weird (see further in the Prologue to the South Africa series). In the afternoon we went to a swanky restaurant, Idiom, near our accommodation for a slap up 3 course meal with wine pairing for around £50 for two: not bad! 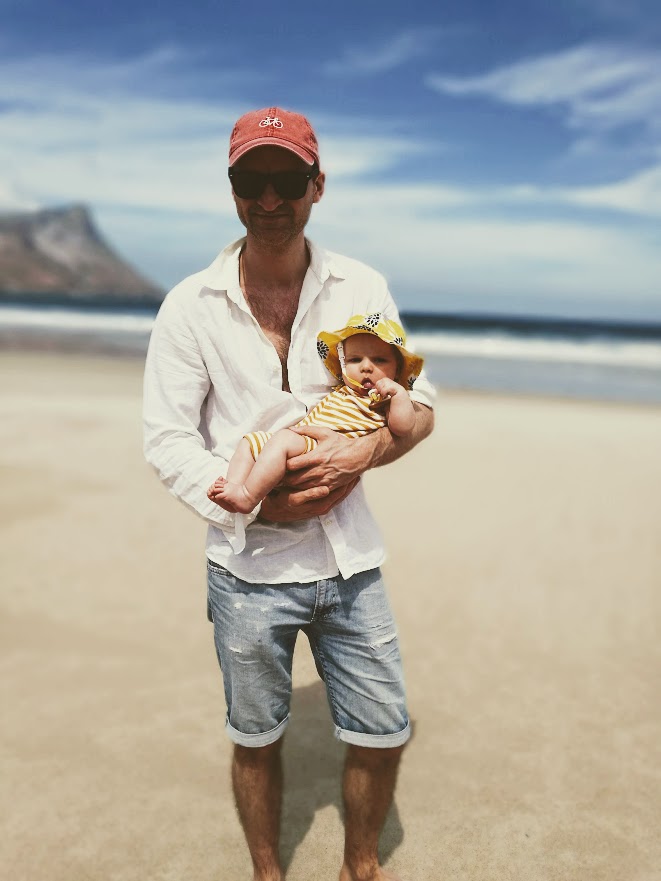 MC seemed to enjoy swanking it up (not sure whether that's an encouraging sign for things to come!) and even had the odd nibble, though was still mainly sticking to the leche at this point. 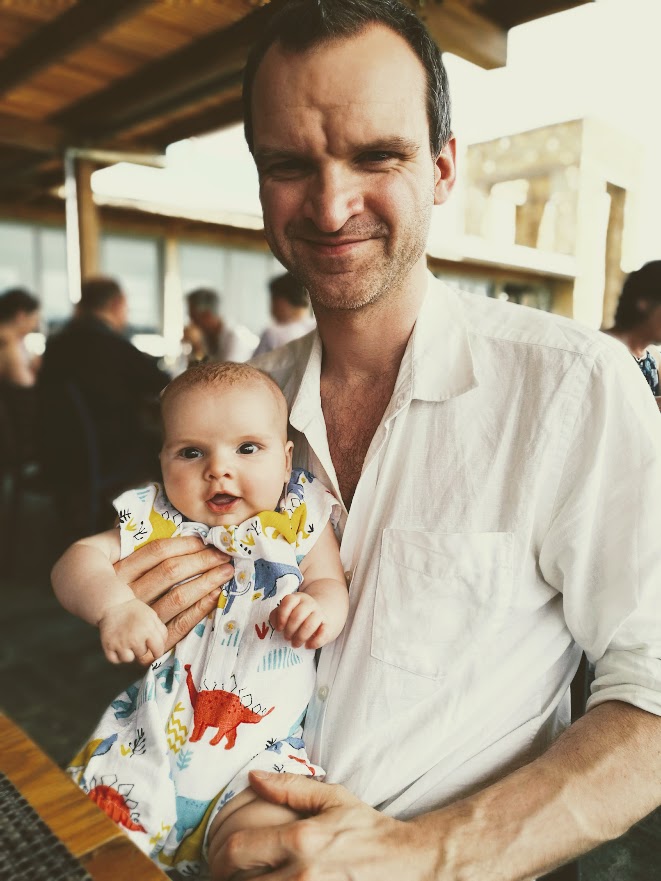 This rounded off a good three days of mainly relaxing in Stellenbosch. On to Cape Town!

Rather than taking a travel cot - we simply stuck MC in a mini travel tent / mosquito net - packs super small and did the job! Recommended. 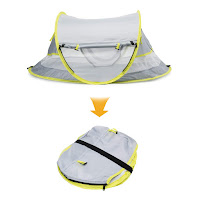