Jon, an employee at a global tech firm, talks to me about his Shared Parental Leave #headspace

This week, MC and I met up with Jon and his daughter Meja to chat about their experience of taking Shared Parental Leave.

Two points in our discussion that interested me in particular were (1) Jon’s comments about SPL giving his family the “headspace” to work through sleep training, and (2) Jon’s thought process on whether he was hit by a bus tomorrow, or lives to be 95, taking SPL was the right choice for him. 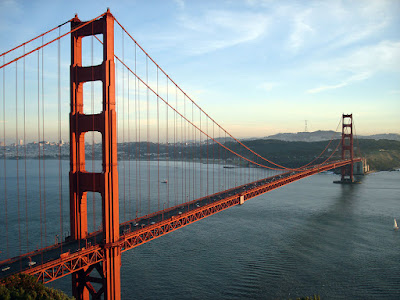 My name is Jon and my wife is Marika. I’m American and grew up in the States. My wife is half Swedish and half American; she lived in the States for 15 years.

We moved to London around two years ago. Our first child is Meja, who was born in November 2018.

We moved to London to be closer to Marika’s family but also because we were thinking about starting a family and we saw a benefit to the European approach towards parental leave.

Brief description of your job:

I work in supply chain for a global tech company headquartered in California.

The global company policy is 6 weeks paid parental leave for the non-birth parent. By American standards, this is very generous. I think one of the benefits of working in big and established companies is that they can have more generous parental leave.

How did you how did you structure your Shared Parental Leave?

Speaking for my wife (!), Marika initially assumed she would take around 7 months off. The plan was that I would take off 6 weeks when Meja was born and then some unpaid leave when Marika went back to work.

However, unfortunately my mom became ill whilst Marika was pregnant and required treatment. So I took the 2 weeks paternity leave initially and then took 6 weeks when Meja was around 8 weeks old so we could travel to the States and spend the time with my parents. These six weeks were taken over the winter holidays - so around December / January 2018/19.

Later on, I took around 10 weeks unpaid leave over the summer.

Did you feel that shared parental leave was encouraged informally within within your firm and did you feel supported by colleagues / managers in taking SPL?

My managers - yes. I’m grateful that my boss is a mother of 3 who has done incredibly well at our company and has risen up the ranks. I know she works very hard and, as far as I can tell, does an amazing job at balancing being a mother of 3 and leaning in at work. She set a great precedent for me.

I also have another colleague I work closely with in London who is also a mother of 3; frankly, she's been very helpful and very emphatic that this time with your children is precious and you don't get it back - she told me to take SPL.

There is a flip side to the attitudes above that derives from working for an American company with a lot of American colleagues. When I would articulate the Shared Parental Leave policy in the UK, this received some eye rolls from my American colleagues who were intimating “is this leave something you really need to take?”.

There are also some issues with gender stereotypes more generally. I recall speaking to a female American colleague (who is around my age) and I mentioned having to get up in the middle of the night to change nappies - my colleague was surprised I was this involved with childcare. I found it interesting that, irrespective of Shared Parental Leave, my colleague found it surprising that I would change nappies.

My European colleagues have been very supportive.

Did you know anybody else at work that had taken SPL?

At my office, no. Many of my male colleagues are typically between 10 to 20 years older than me - so SPL wouldn’t have been available to them.

Do you know if you have inspired any other dads to take SPL?

We have quite a number of friends right now who are expecting and I’ve sung SPL’s praises.

I had an interesting conversation with a friend who’s British and has worked both in the US and UK. We were discussing whether it was worth taking time off when the child is born. I think I convinced him that it was important to take some time off at the start: change is happening so quickly at that time and, frankly, you, the birth mother and the baby are so vulnerable then.

Are you proud of your company's policy and do you talk about it positively when you to others?

Yes, I think my company's policy of six weeks full pay globally - especially given the benchmark against US standards - is seen as generous.

When I talk about the policy to my family back in the states, they say “oh wow, six weeks is big”... and then I say “oh and I'm taking additional leave” and they're shocked.

My parents were a little more conservative in the sense that they don't want their kid to challenge the status quo of the workplace. My mom, working as a lawyer in the early 70s, went back to work 10 days after each of her two c-sections so she was worried that I might not be welcome back in my company after taking SPL. I was proud to be able to say “Mom, trust me - they’ll want me back!”. Having that confidence came from being employed by a large company.

If you were to move to a different firm, would a potential employer’s SPL policy affect your decision to move?

What's the broad culture around Dads getting involved in parenting in the US?

California (in particular, the Bay Area) is very progressive but at the same time California has a very hard working culture. On top of longer hours on the job, I think unfortunately there's also longer commutes due to poor urban planning and poor public transport.

Also, working for a global company, there can be telephone calls etc at all hours. There is a bit of a conflict with being a parent and working life. However, there is a vocalisation about the importance of fathers stepping up more, but this does come up against the realities of a demanding workplace.

This isn't unique to father, I think the pressure of balancing work and parenting is even more acute for mothers.

Tell me about a typical day on Shared Parental Leave for you?

The first chunk of leave we mainly spent seeing my family in the States. That was very much about family time with a schedule driven by my mother’s health. Meja was so young at the time [around 2 months old] and so we didn’t have too much structure. When we came home from those travels we started trying to hammer in a routine.

In the second chunk of leave (now that routines were more established, having built some muscle memory around them) we would wake up around 6:00 - 6:30 and have breakfast before just frankly enjoying the simple pleasures of daily life: going to parks, playdates with NCT groups etc.

A critical thing we did during the second chunk of leave was deciding to sleep-train Meja. For many parents this is a very emotionally wrought decision, in hindsight, we now say to ourselves “of course it was the right decision!”. However, ex-ante, you're both sleep-deprived and you fear it's not the right thing to do. There’s a lot of self-research and negotiation and discussion between ourselves as parents.

Frankly taking some Shared Parental Leave together gave us the head space to sit down and decide what we wanted to do [with sleep training] and be able to inform ourselves through reading books about it etc. I remember reading that the single biggest determinant of success was consistency from the parents, so having that SPL gave us the space to be more consistent and for our sleep training routine to be more successful; we were able to take a gradual approach over a week / 10 days.

If we were also both juggling jobs at the time and commuting to nursery I think we would have cracked!

Was there anything that you felt, as a Dad, you couldn't do, and vice versa regarding your partner?

I think there are differences but a lot of the differences are more a function just being two different people. We both represent certain parenting styles and priorities, we each focus on certain things and let other things slide.

As a result of Shared Parental Leave, do you feel more involved and confident about looking after your daughter?

Yes. It gives the Dad more of a voice in the sense that, as I know the daily routine, I feel more entitled to an opinion. When you're figuring out what to do as a parent, you want to come at it from a position of being informed and, you know, having some experience. Yes - the answer is yes.

Can you see any reason, other than financial impact, why a dad shouldn't take shared parental leave?

With regards to taking leave at the same time as your partner, there were times where, frankly, we felt that we were both on top of each other, which raised tensions at times.

I guess I’m saying there's no reason not to do SPL, but there might be a reason that you don't want to do it together for the whole time.

Other than that, I think it depends on where you are in your career - the statistics show that having kids (especially for the mother) is detrimental to your career - which is a shame.

However, I formed a view by looking at two “data points” within my family:

I had a cousin with a one year old daughter who unfortunately passed away aged just 41; and
a grandparent who lived to 95.

I looked at myself and thought, if I get hit by a bus in 1 year, or I live until I’m 95, I’m going to be very happy I took this time off: if it’s the former, I’d have rather spent that year with my daughter and, if it’s the latter, I have decades left for my career.

Why do you think take-up is so small?

Would it be helpful to have a defined period of leave for only the Dad?

Compared with the States, everything in the UK seems so generous. I’m not sure I have a specific answer, though I think Marika would have wanted to take some more time so if the parental leave policy would have allowed Marika to take more time, I think she would have taken it.

What is the longest you've ever looked after Meja on your own?

I would say it was for a good chunk of a long weekend when Marika’s sister got married and had her Hen Do in Sweden. Marika was still breast-feeding but I tagged along to look after Meja and Marika would just basically come to her to feed - so I was basically on duty all weekend!

Dropping Meja off at nursery on Monday mornings.

Wow, there's so many... when I’m giving Meja a bottle and she falls asleep in my arms.

In your view, who would make the better dad:

I mean, this is a terrible place to be in! I'm probably gonna go with Boris Johnson. He’s opportunistic but I think he probably has more wits about him!