I read her book SPQR whilst TP was pregnant with MC. SPQR is a thorough and fascinating history of Ancient Rome, which was even accessible to me - a complete novice in the subject.

Since reading SPQR, I've been to see Mary speak about her book Women & Power: A Manifesto, engaged with her in the Q&A and obtained a signed copy.

How is this relevant to my blog, you may ask? Read on, and all will become clear... 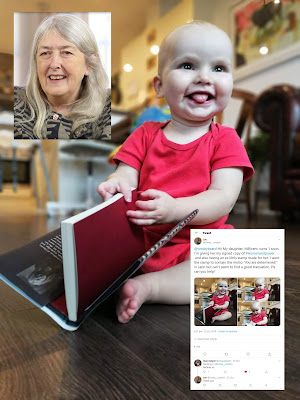 What is an Ex Libris stamp?

Shortly before TP was pregnant, I came across an item/concept called an "ex libris" stamp. A state education in Hull doesn't often afford one with a fluency in Latin, but after a bit of Googling I discovered ex libris means "from the library of..." and an ex libris stamp is therefore a stamp which you imprint in a book to denote that the book is from your collection or your "library".

In short, it's a posh and poncy way of writing your name in a book.

In my geeky way, I thought this was super cool and I thought it would be cool to design an ex libris stamp for MC to mark her own books.

(I have delusions that MC will think this is cool well into her teenage years and beyond and stick this stamp in her books for ever more!)

What to put on the stamp?

Having decided I was going to get a stamp - one has to decide what the hell to put on it!

I thought about this quite a lot and tried to come up with some principles or themes by which I'd like to think MC might want to live her life. The four I came up with were (1) fun, (2) kindness, (3) learning, and (4) determination (pretentious, moi!?).

I had some ideas for the symbology for the first three, but I struggled with a symbol for "determination".

Over a few beers with my friend Sophia (who is extremely artistic and creative), she suggested that rather than thinking up a symbol, I could instead adorn the stamp with the motto "You are determined!" i.e. a positive statement to MC, which is nice because of the phrase's autological properties.

I was really pleased with this but thought, as is de rigueur with posh badges, the motto should be in latin. This will also help if MC ends up going to super posh school as her Dad might not look like such a philistine!

Here came the problem - Google Translate (my sole source of Latin) didn't really seem to provide any decent translations. And, given this was going to be emblazoned on MC's stamp for life, I didn't want to get it wrong!

I thought to myself - why not take this to the top and ask Mary Beard!

Mary Beard and the brilliance of social media 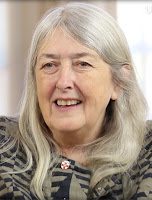 Given MC's first birthday was coming up - I wanted to give her my signed copy of Women & Power and ensure that I had the stamp ready.

So I duly tweeted at Mary Beard with an irresistibly cute picture of MC holding Mary's book and I asked Mary for an accurate translation of "You are determined!"...

Well, Mary not only liked my tweet but replied within about 15 minutes - how kind and lovely of her! 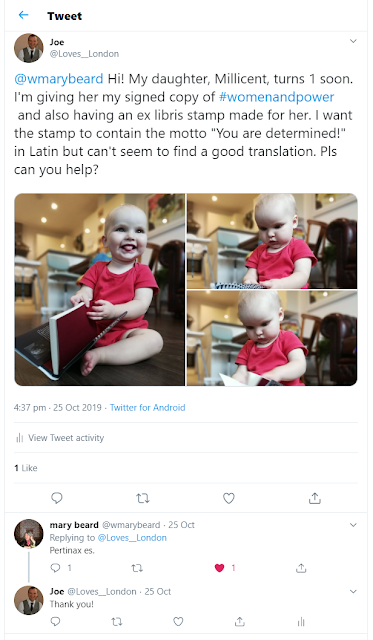 Designing the stamp / having it made

Crikey! Now I had to go and design the bloody thing!

I spent quite a lot of time doing a few sketches and compositions before coming up with the final design. I also dug out a suitably Roman looking font (yes, I was going the whole hog!)

I uploaded my design and sent it off to Get Stamped, a company that creates bespoke stamps.

Very quickly after uploading my design, I received my stamp in the post (via an excited trip to Whitechapel sorting office!)

And, here it is in all it's glory: 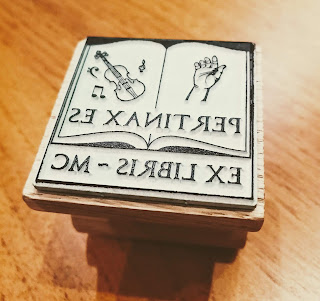 And, here it is emblazoned on the inside cover of my signed copy, with a birthday message to MC! 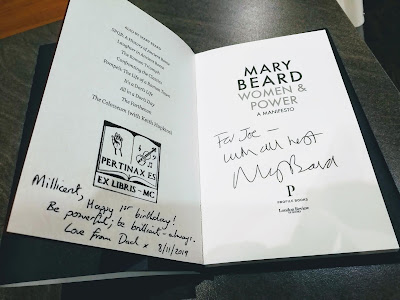