Ashley Hurst, Partner at Osborne Clarke, talks to me about his Shared Parental Leave #priceless


This week, I caught up with lawyer Ashley Hurst, who is a Partner and International Head of Tech, Media & Comms at Osborne Clarke.

Ashley explains why taking Shared Parental Leave was "one of the best decisions [he's] ever made" and has some brilliant words of encouragement for any other Dads considering taking SPL. 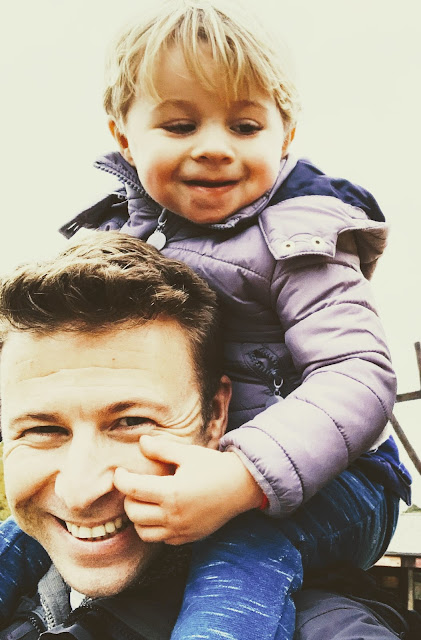 Me, my wife Bryony, my son Freddie (just turned two), and daughter Blae (born in October so is now 3 months old). We live in Worplesdon just outside of Guildford.

I’m a lawyer and more specifically a Tech/Media litigation partner at Osborne Clarke and also lead the International Tech, Media and Comms sector.

Bry is also a lawyer. She's a litigation partner at Bird & Bird and does similar kind of work to me. Our marriage shouldn’t work on paper but it does! Our house is made of Chinese walls.

How did you structure your Shared Parental Leave?

I took 3 weeks when Freddie was born and it wasn’t enough. When Blae was born I took the first 3 months as SPL at the same time as my wife. I definitely could not have coped with “two under two” on my own so was very grateful that we could do it together.


Did your employer provide enhanced pay for your Shared Parental Leave?

We have an SPL policy for employees but it works slightly differently as a partner. I’ll have to wait and see whether it will have any impact on my profit share when the time comes around. I suspect having 3 months off will have some impact on my financial performance but that’s fully expected.

Did you feel that Shared Parental Leave was encouraged informally within Osborne Clarke?

It was encouraged both formally and informally by everyone I discussed it with. There was a lot that needed to happen to prepare for it and I received amazing support from lots of people before and during SPL.

Were your colleagues supportive of your decision to take SPL?

I received so many nice messages of support from all parts of the firm, particularly female associates who saw it as an important step in the gender equality discussion.

The reaction from clients was really interesting and extremely supportive. When I posted about it on LinkedIn, I had by far the biggest reaction I’ve ever received. That probably means I need to post more interesting material but I think it also showed that SPL in law firms is not the norm yet.

Had anyone else that you knew in your team/firm taken SPL before you?

Yes, one of the Senior Associates in my team took it just before me. He did his 3 months in two separate stints alongside his wife.

Have you inspired others at your firm to take SPL?

I hope so. I think it’s crazy not to do it if you get the chance. It’s a small amount of time in the context of a lifetime and infinitely more rewarding than 3 months of work.

Has the uptake of SPL by other Dads helped a change of attitude towards SPL within your firm?

SPL is catching on fast. Family life is a real priority for people at Osborne Clarke so there is no “attitude” to change but I think we can create an expectation that it’s what dads will do.

Are you proud of your company's SPL policy and do you talk positively about it to people outside your firm?

Yes. For me, it’s not so much about the policy but the attitude that goes with it that’s important. The support is driven from the top and it needs to be that way for the message to get through.

If a company has a good SPL policy, does that give you a better impression of that company?

Yes. So many companies we deal with are in a war for talent. To recruit and retain that talent, companies need to care about their people, which includes encouraging family life. A generous SPL policy is a good way to show that commitment.


What was/is typical day on SPL like for you?

Once things settled down, my job was mainly to man-mark Freddie from 7am to 8pm every day, which is a little bit like Razor Ruddock trying to man-mark Lionel Messi!

Freddie is a bundle of energy and needed constant entertainment with toddler classes in the morning (including acrobatics and “Forest School”), trips to various adventure playgrounds, and when things got desperate in the late afternoon, trips to the supermarket where he would exhaust himself running up and down the aisles with a rolling foot stool. Then bath and bedtime, the success or failure of which would depend on the level of effort I had made during the day!

I occasionally did a stint with Blae to mix things up but I didn’t have quite the right equipment to do that job for long.

Bry and I tried to break the routine as much as possible by having a few days away and stretching ourselves with ambitious lunches and early dinners out, usually with chaotic consequences.

What activities did you get up to during your SPL? / Did you do any baby classes etc.?

I’m not sure what I would've done without the morning classes. I was slightly more at home with “Little Kickers” football on Saturdays with the other dads than “baby music” on Tuesdays with the mums. But it was all great fun and Freddie loved it. The late afternoons when both me and Freddie were tired and grumpy were more of a challenge. That’s when Julia Donaldson and Peppa Pig occasionally saved me from losing the plot.

We also had a few days in the rain at Centre Parcs, which in hindsight may have been a step too far with a baby and two year old, despite some lovely pre-Christmas moments.

In terms of parenting, was there anything that you felt, as a Dad, you couldn't do?

Other than breastfeed, there was nothing I couldn’t do - I just found some of it hard. My wife is far better than me at finding creative ways of saying “no” to avoid tantrums. I eventually got the hang of distraction techniques, although I probably lied about going hunting for dinosaurs and bears a little too much!

...was there anything that you felt you could do better than your partner?

Carrying Freddie around on my shoulders for long periods of time came in very handy as he wasn’t too keen on being sat in buggies.

As a result of taking SPL, did you feel more confident about your own childcare abilities, even given you took SPL with your second child?

Yes, but more importantly I know my own children much more - so I can better work out what makes them tick. 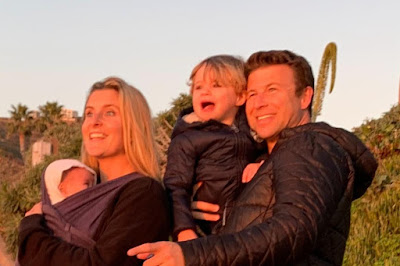 Can you see any reason, other than financial impact, why a dad shouldn't take Shared Parental Leave?

No. And it would be a real shame if short term financial pressures stopped more dads doing it because the experience and family bond developed from it is priceless.

What would your top tip be for new Dads?

Be realistic about your child-free time (you won’t have much with two kids) and don’t waste it. Keep exercise up and have the odd day time nap with the kids, even if the temptation is to head to the pub.

Why do you think take-up of Shared Parental Leave is so small?

I suspect many dads would rather have a break from 24 hour childcare by going to work. But some I’ve spoken to have just followed the “done thing”. Now that the “done thing” is changing, we’ll see more dads doing it.


What is the longest you've looked after kid/s on your own?

About 48 hours for one child and about 4 hours for two children.

Emptying the nappy bin and putting a tantruming toddler into the car seat.

In your view, in each case who would make the better Dad out of:

Boris would probably have more laughs, which is an important part of parenting.

I think both would be great dads, although Harry’s sanity would probably benefit from paying less attention to the Daily Mail.

Jerry - he has been shown so many times how not to do it!

Absolutely. It’s one of the best decisions I’ve ever made.